The Piumogna tour from Dalpe

This great itinerary is situated in an area full of flora, geologically acknowledged, and nationally protected. In the region, you can admire the alpine aquilegia, gentians, anemones, rhododendrons, mountain buttercups and Haller’s primulas.

It’s a wonderful excursion that allows the hiker to do a round trip and to visit both Leit hut and Campo Tencia hut. From Dalpe you will cross the magnificent Boscobello and then go up to the Vanitt Pass, and proceeding on to the panoramic path you will arrive to the Leit hut. After the lake, you will find yourself at the foot of the Prevat peak, also called “Cervinetto”. Beyond the Leit Pass and Lei di Cima you can admire the Campo Tencia Group peaks, whom summit is situated at the height of 3072 m, making it the highest mountain in the Ticino region. Hikind down you fill find yourself at the Morghirolo lake, from where it will take about half an hour to get to the Campo Tencia hut. The return path goes through the Piumogna valley, which is characterized by its nice river and various pastures.

In order to realize this excursion you can also start from Rodi-Fiesso, which is reachable from Airolo or Faido by PostBus. You can take the Tremorgio cablecar, walk up to the lake and then follow the path to the Leit hut. You can also do the opposite tour from Dalpe through the Piumogna valley.

Round trip from Dalpe village

Leaving from Dalpe village (which is reachable from Airolo or Faido by PostBus) and following the path that leads to Boscobello, you can then pass through the Cadonighino alp and then overcome the Vanitt Pass at 2138 m. After reaching the Leit hut and the namesake lake at 2260 m, you will get to the Leit hut. After that, you will need to take the path in direction of Campo Tencia hut. After crossing the Leit and the Lei di Cima passes,you will reach Cascine Lei di Cima.

Through the new path who will lead you to the Morghirolo lake it will take half an hour to the hut, which overlooks the Piumogna valley. For the descent, you will have to follow the path alongside the valley until the Piumogna farmsteads. You can then follow the road that leads to Boscobello and after crossing the Polpiano bridge, the path will bring you to Dalpe.

Warning: this is a long walk, you should consider stopping for the night in the hut. 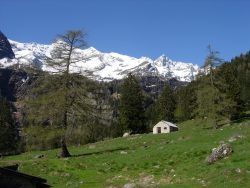 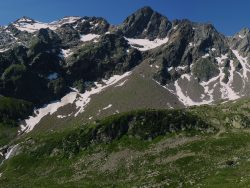 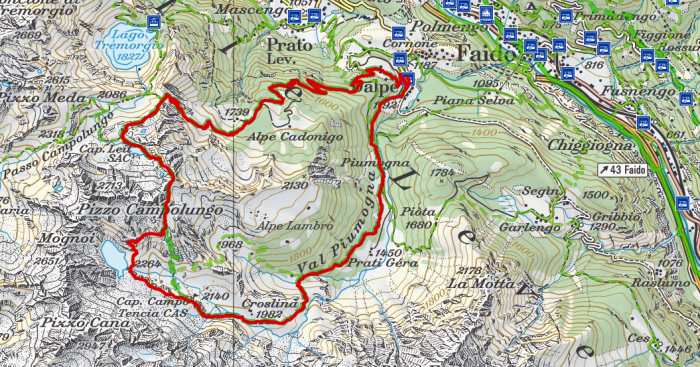